Mythbusting #2: "Cell-free systems are slower than an E.coli cell-based system"

Mythbusting #2: "Cell-free systems are slower than an E.coli cell-based system" 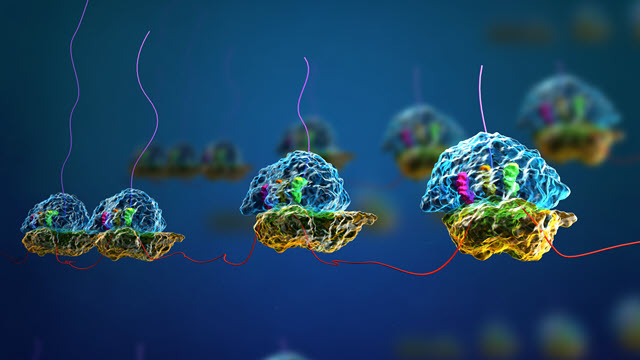 The E. coli expression system is well-established, and its ability to produce large amounts of protein in a limited time is advantageous when compared to other expression systems, such as eukaryotic systems for which 3 or 4 weeks lead time are required.

However, protein expression in the cell-free system is faster than in the E. coli system because some specific steps needed for the production of protein of interest are not required or shortened as explained below. Thus, one to two days are enough to produce and purify an in vitro protein in a cell-free system while up to two weeks (the molecular biology stage excluded), are required in an E. coli system (Carlson et al. 2012).

For example, Synthelis, taking advantages of its cell-free proprietary technology, leverages the speed of the cell-free system for its customers’ projects and has recently produced and purified 10 mg of correctly folded protein in 2 days for structural biology applications.

This reduction in lead time, made possible by the in vitro protein expression cell-free system, is due primarily to the shorter timescales needed for preparation prior to protein expression. The possible use of linear DNA fragments thus eliminates the long cloning process necessary to generate an expression plasmid in the E. coli system, as well as the transformation and selection process of recombinant bacteria. It has been recently proved that procedures that improve the stability of linearized DNA fragments also increase productivity levels (Rosenblum et al. 2014), and thus allows same results than with plasmid constructs.

Furthermore, the cell extract used in an in vitro protein cell-free system can be prepared in advance and stored for up to one year without altering its properties (Zawada et al. 2011). This ability to store cell extract for future use is a major advantage. The production process is very quick as it only requires cell extract thawing and the addition of a DNA matrix and the reaction mix. Six to eight hours later the protein of interest is ready to be loaded on a purification column.

Thus, the protein synthesis process in the cell-free system is much shorter than in the E. coli system, mostly because no amplification steps of the cells are required before the expression phase (Carlson et al. 2012).

Thus, the shortened production times make the cell-free system an interesting synthetic biology production platform for high-throughput expression screening (Casteleijn et al. 2013), to shorten the development time of a product or for personalized medicine (Kanter et al. 2007). The cell-free system has, for example, the advantage for personalized medicine of being faster than conventional systems, because, in addition to shortened production times, expression cell line development is not required.

The potential exists to leverage cell-free technology to produce patient-specific proteins, quickly, in small amounts, for point of care purposes. Proof of concept for such a process is evident in the work of Timm et al, who developed a microfluidic bioreactor model system for the cell–free production of single dose therapeutic proteins using a distributed manufacturing model (Timm et al. 2016).