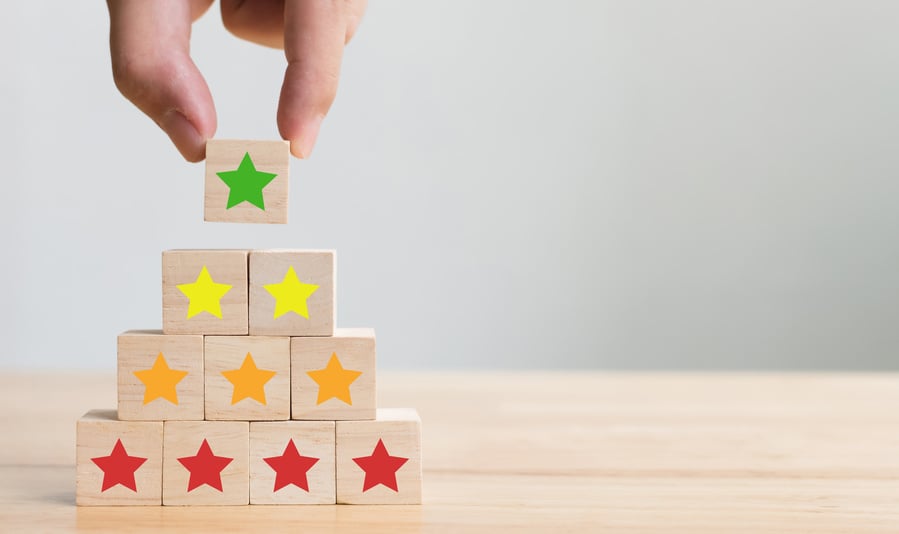 It is generally considered that cell-free protein synthesis systems are capable of generating only a small expression yield. Even if this was true in the 2000s, it is certainly no longer the case today (Carlson et al., 2012) as we will explain in the following paper.

In fact, yields obtained with cell-free systems are even higher than with cell-based systems for difficult-to-express proteins, such as membrane, cytotoxic and unstable proteins.

To illustrate this, cell-free systems supplemented with vesicles derived from E. coli inner membranes, have been used to produce two complex integral membrane transporters; the six-transmembrane mannitol permease (MtlA) and the twelve-transmembrane tetracycline pump (TetA) without the use of detergents or refolding steps. The two E. coli transporters MtlA and TetA were produced at yields 130±30 µg/mL and 570±50 µg/mL, respectively (Wuu et al., 2008). These yields were 60 and 400 times those typically achieved in cell-based systems.

Furthermore, high expression yields above 0.5 g/L are nowadays frequently reported, with values greater than 2 g/L and 100 g/L for the highest reported!

These high expression yields were obtained for cell-free systems using optimized metabolism, with improved energy regeneration and by-product recycling. As an example, up to 1.7 g/L of chloramphenicol acetyl transferase and 2.3 g/L of a reporter protein deGFP were synthesized using maltodextrin or maltose to recycle inorganic phosphate and to regenerate ATP (Kim et al., 2011; Cashera et al., 2013).

High expression yields in E. coli-based cell-free systems were also reported for the production of multicopper oxidases (MCOs) that require four copper ions arranged in two distinct metal centers to perform their function (Li et al., 2016). Total yields of up to 1.2 g/L with more than 95% solubility were higher than cell-based expression titers, since low expression yields and challenging copper incorporation are observed in cell-based expression systems. In contrast, a significant amount of copper (100 µM) was present during cell-free synthesis without affecting expression yield and activity was stimulated by the addition of copper after translation. 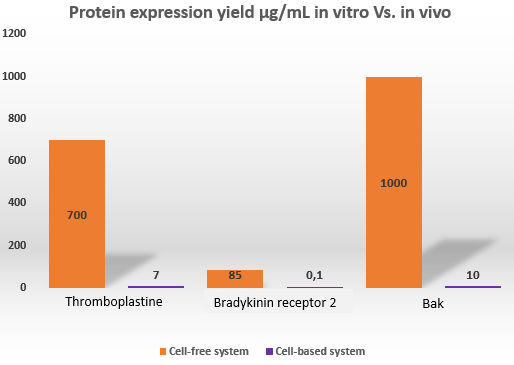